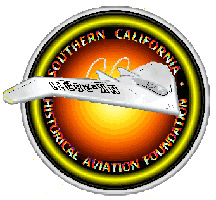 Northrop YF-23A “Black Widow II”
is on display at the Western Museum of Flight, Torrance, California

The Western Museum of Flight has numerous aircraft on display. Current static aircraft displays include:

In addition to the aircraft currently being displayed, numerous Western Museum of Flight volunteers and Northrop Aircraft volunteers have processed the following aircraft through the Darrell G. McNeal Restoration Facility:

Current piston and jet aircraft engines on display include:

The Western Museum of Flight along with the Darrell G. McNeal Restoration Facility are the operating elements of the Southern California Historical Aviation Foundation (SCHAF). 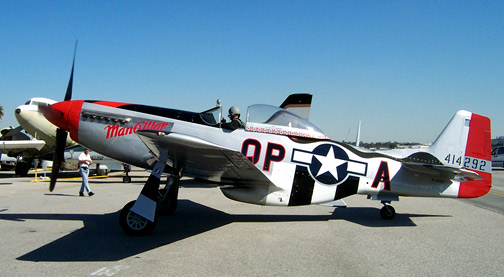 The P51 is the most famous of the American WW2 fighters. Its design specifications like the P-38 were based upon the British requirements for a new fighter. North American Aircraft agreed to produce the first prototype only 4 months after signing the contract in April 1940.

By the end of 1941, the first Mustang was delivered to England for test flights. The design incorporated a low drag airframe and laminar flow wings. The British version used a Rolls-Royce Merlin engine replacing the original Allison engine, while the U.S. version used the Packard-built Merlin.