The mission of the VC-25A aircraft — Air Force One — is to provide air transport for the President of the United States.

The presidential air transport fleet consists of two specially configured Boeing 747-200Bs — tail numbers 28000 and 29000 — with the Air Force designation VC-25A. When the President is aboard either aircraft, or any Air Force aircraft, the radio call sign is “Air Force One.” Principal differences between the VC-25A and the standard Boeing 747, other than the number of passengers carried, are the electronic and communications equipment aboard Air Force One, its interior configuration and furnishings, self-contained baggage loader, front and aft air-stairs, and the capability for inflight refueling.

Accommodations for the President include an executive suite consisting of a stateroom (with dressing room, lavatory and shower) and the President’s office. A conference/dining room is also available for the President, his family and staff. Other separate accommodations are provided for guests, senior staff, Secret Service, security personnel, and the news media.

Two galleys provide up to 100 meals at one sitting. Six passenger lavatories– including handicap facilities — are provided as well as a rest area and mini-galley for the aircrew. The VC-25A also has a compartment outfitted with medical equipment and supplies for minor medical emergencies.

These aircraft are flown by the presidential aircrew, maintained by the Presidential Maintenance Branch, and are assigned to Air Mobility Command’s 89th Airlift Wing, Andrews Air Force Base, Md.

Presidential air transport began in 1944 when a C-54 Skymaster — the “Sacred Cow” — was put into service for President Franklin D. Roosevelt. Then came the “Independence,” a DC-6 Liftmaster, which transported President Harry S. Truman during the period 1947 to 1953. President Dwight D. Eisenhower traveled aboard the “Columbine II” and “Columbine III” from 1953 to 1961. The call sign “Air Force One” was first used in September 1961, identifying President John F. Kennedy flying aboard his C-118.

The first jet aircraft to transport a U.S. president was a C-137A with the tail number 586970. It flew President Eisenhower to Geneva, Paris and Scotland, leaving Andrews AFB on August 26, 1959. This aircraft was retired from the Air Force in December 1995 and is on display at the Museum of Flight at Boeing Field in Seattle.

In 1962, a C-137C specifically purchased for use as Air Force One, entered into service with the tail number 26000. It is perhaps the most widely known and most historically significant presidential aircraft. Tail number 26000 is the aircraft that carried President Kennedy to Dallas, Nov. 22, 1963, and returned the body to Washington, D.C., following his assassination. Lyndon B. Johnson was sworn into office as the 36th President of the United States on board the aircraft at Love Field in Dallas. This fateful aircraft also was used to return President Johnson’s body to Texas following his state funeral Jan. 24, 1973.

In 1972 President Richard M. Nixon made historic visits aboard 26000 to the People’s Republic of China in February and to the Union of Soviet Socialist Republics in May. Tail number 27000 replaced 26000 and carved its own history when it was used to fly former Presidents Nixon, Ford and Carter to Cairo, Egypt, Oct. 19, 1981, to represent the United States at the funeral of Egyptian President Anwar Sadat.

The first VC-25A — tail number 28000 — flew as “Air Force One” on Sept. 6, 1990, when it transported President George Bush to Kansas, Florida and back to Washington, D.C. A second VC-25A, tail number 29000 transported President Bill Clinton and former Presidents Carter and Bush to Israel for the funeral of Prime Minister Yitzhak Rabin. The VC-25A will usher presidential travel into the 21st century, upholding the proud tradition and distinction of being known as “Air Force One.” 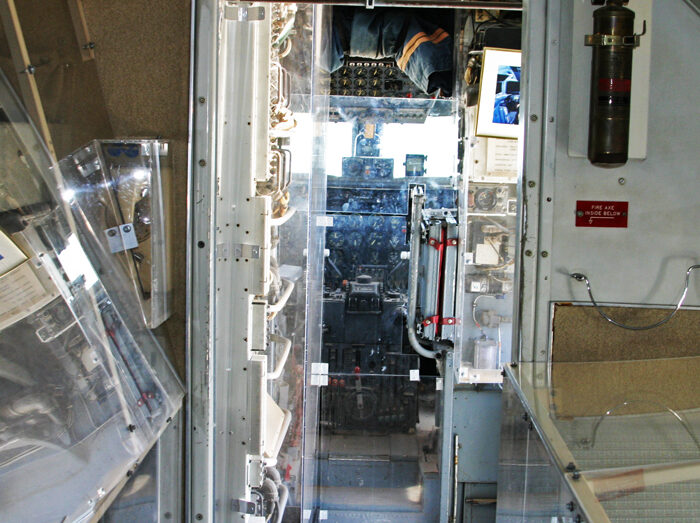 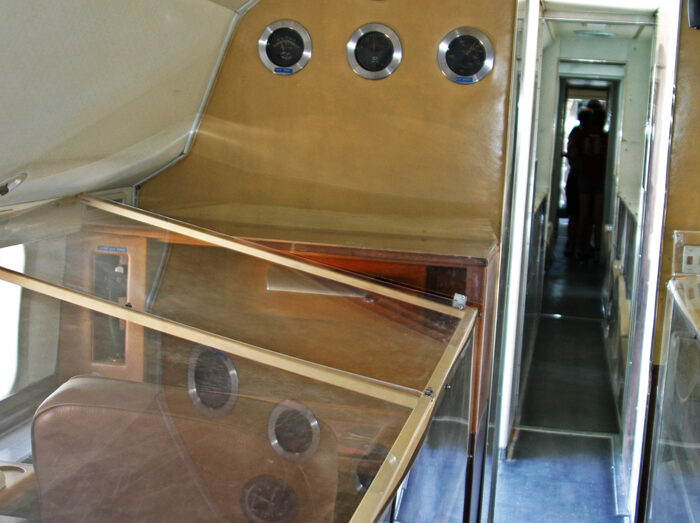