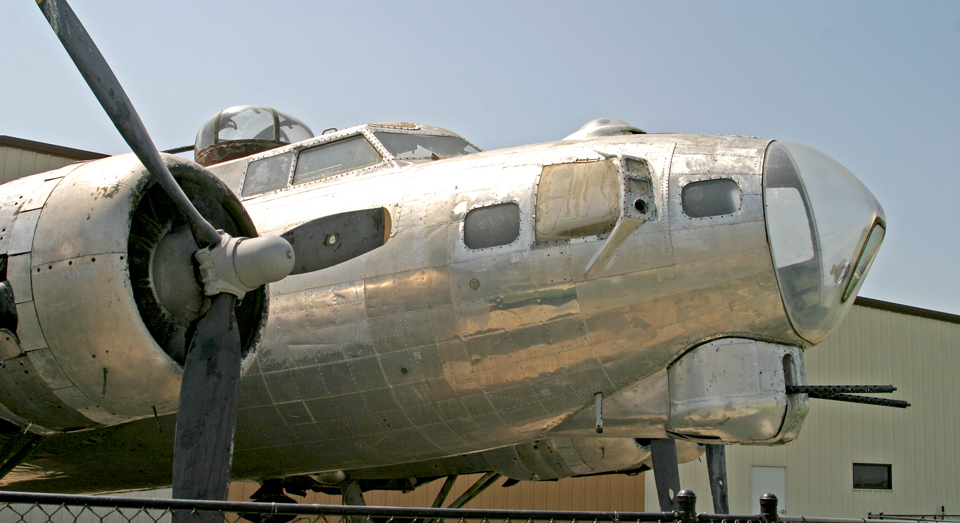 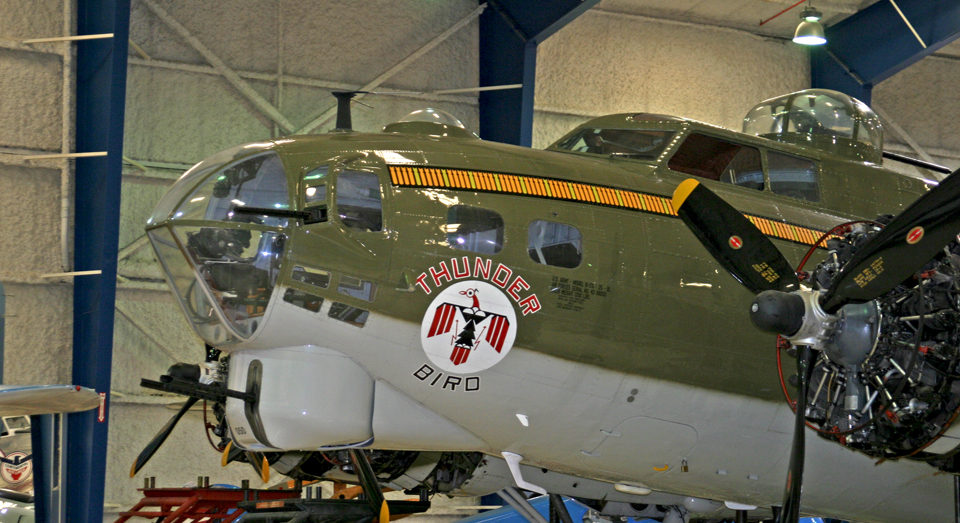 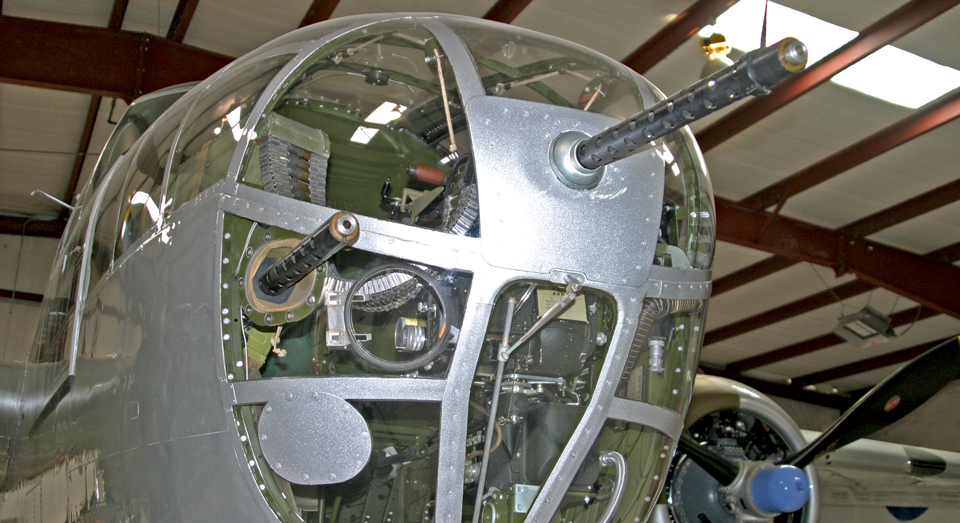 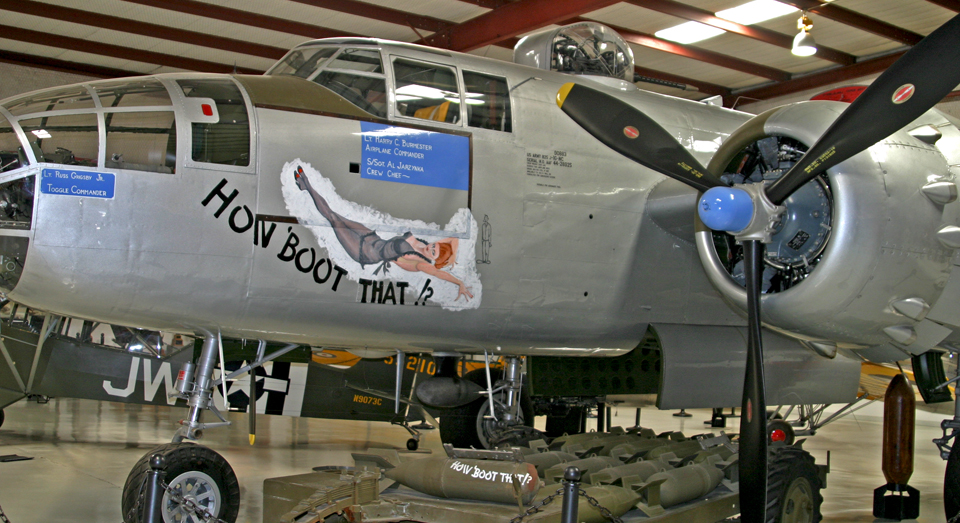 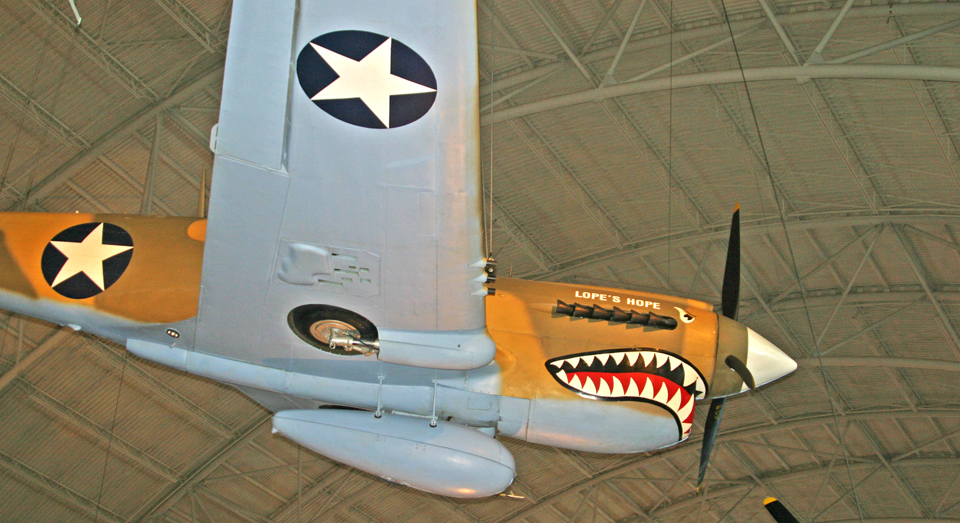 The P-51 Mustang was a long-range, single-seat American fighter and fighter-bomber used throughout World War II, the Korean War and other conflicts. Mustang pilots shot down over 4,900 enemy aircraft in World War II, a total surpassed only by the Grumman F6F Hellcat among Allied aircraft. 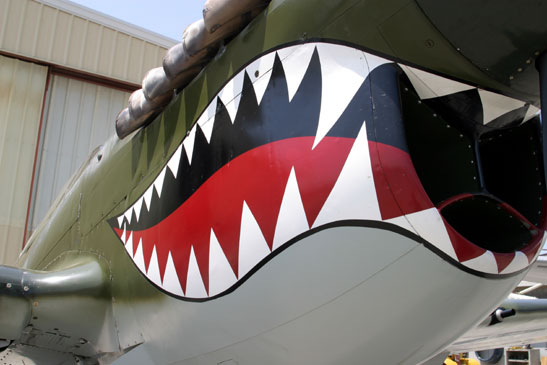 The Curtiss P-40 Warhawk was an all-metal fighter and ground attack aircraft that first flew in 1938. It was used by the air forces of 28 nations, including those of most Allied powers during World War II, and stayed in front line service through the end of the war. 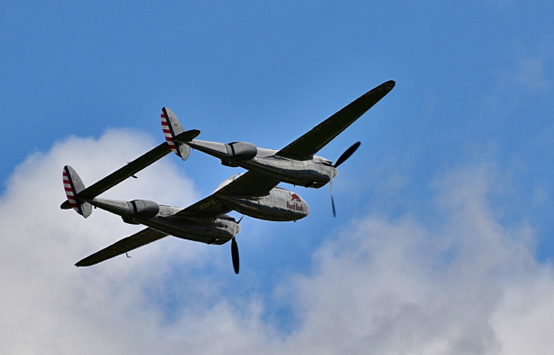 The Lockheed P-38 Lightning was a World War II American fighter aircraft built by Lockheed. Its distinctive design featured twin booms and a single, central nacelle, which contained the cockpit and armament. Luftwaffe pilots called it the “fork-tailed devil”, while the Japanese referred to it as “two planes, one pilot”. 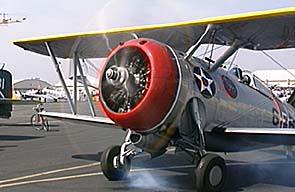 The Grumman F3F was the last American biplane fighter aircraft delivered to the United States Navy, serving between World Wars I and II. It first entered service in 1936 and was retired from the front line in late 1941, before it could ever serve in WWII, evolving instead into the far superior F4F Wildcat. 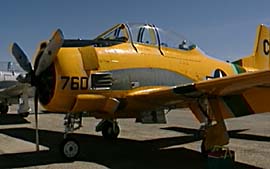 The North American Aviation T-28 Trojan was a piston-engined military trainer aircraft employed by the US Air Force and Navy starting in the 1950s. It was also successfully used as a counter-insurgency aircraft in the Vietnam War. 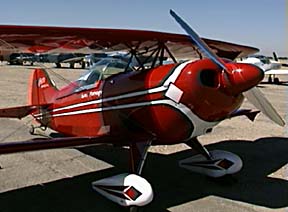 All S-1s are variations on the basic Curtis Pitts design, which dates back to 1944. Air show performers Betty Skelton and Caro Bayley (among others) helped popularize the S-1. Limited numbers of S-1s were produced by Pitts in the 40s and 50s. Over time they came to be widely seen as the standard by which other aerobatic aircraft were judged. 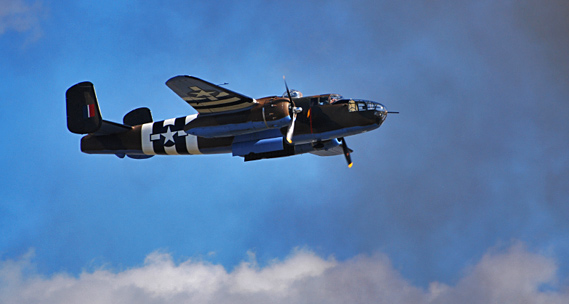 The B-25 Mitchell was a twin-engined medium bomber manufactured by North American Aviation. Used by numerous Allied air forces around the world, it flew in every theater of World War II, was used by several other air forces after the war ended, and remained in active service for forty years.

The Stearman M-2 Speedmail was an American mail-carrier biplane produced in 1928. It was a single seater, with two large cargo compartments in place of a front cockpit. 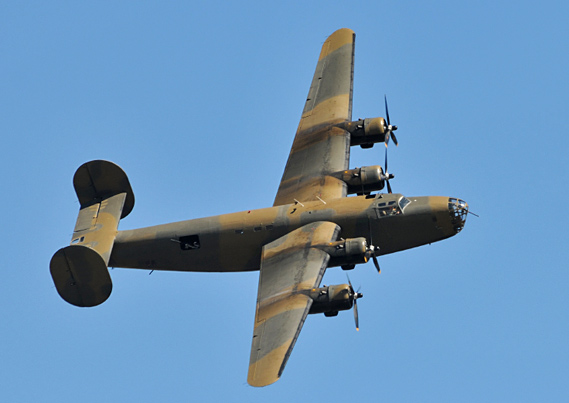 The Consolidated B-24 Liberator was an American heavy bomber, designed by Consolidated Aircraft. It was used in World War II by many Allied air forces and navies, and by every branch of the American armed forces. 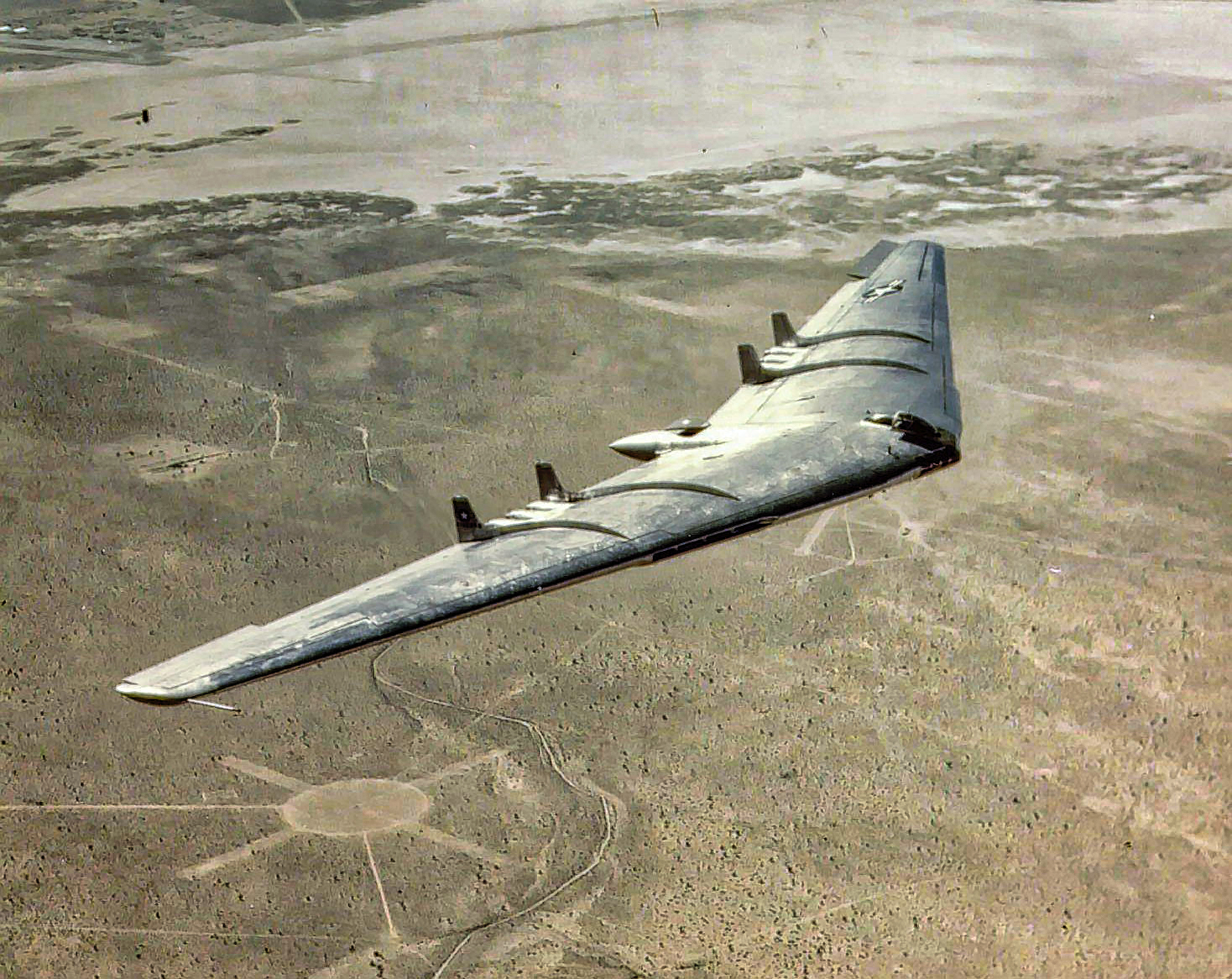 The YB-49 Flying Wing was a prototype jet-powered heavy bomber aircraft developed by Northrop after World War II. Originally intended for service with the US Air Force, the YB-49’s claim to fame was its radical flying wing design.

The B-17 Flying Fortress

The B-17 was deployed mainly against German industrial and military targets to help achieve air superiority over the cities, factories and battlefields of Western Europe as a prelude to Operation Overlord. The B-17 also took part to a lesser degree in the Pacific War, conducting raids against imperial Japanese shipping and airfields.