The War Eagles Air Museum is dedicated to collecting, restoring and displaying historic aircraft of the World War II and the Korean Conflict eras. This unique Museum pays special tribute to military aviation and reminds us all of the significant role these airplanes, their pilots and support crews played in securing our freedom.

The “A-7E Corsair II” was a carrier based light attack aircraft. It was combat-proven during the Vietnam conflict as it flew more than 90,000 missions ranging from precision strikes in the Hanoi area to close support of engaged troops in the south. During the war with Iraq it supplied close air support for coalition forces. The A-7Es had the lowest combat loss rate of any naval tactical aircraft serving in the Vietnam area.

Different models of the “Great Lakes” were built in the late 1920s. The model on display appeared in 1933. The early production airplanes were equipped with a number of different engines, all less than 100 horsepower. The War Eagles Museum “Great Lakes” has a 180 horsepower “lycoming” engine. “Great Lakes” airplanes were used to a limited extent in the “Civilian Pilot training program.” This was a course instituted by the military to expose cadets to flying while waiting to be called to enter an “Air Force” or a “naval” cadet flight school.

The DC-3 is the single most important aircraft in the history of air transportation. By 1938 eighty percent of all American airline traffic was carried in DC-3s and by 1939 most of all airline traffic in the world was flying DC-3s.

The Hawker Sea Fury was the British Royal Navy’s last piston-engined fighter. Although developed during World War II, it did not see operational service until after the War. Many consider it the fastest piston-engined aircraft ever built. 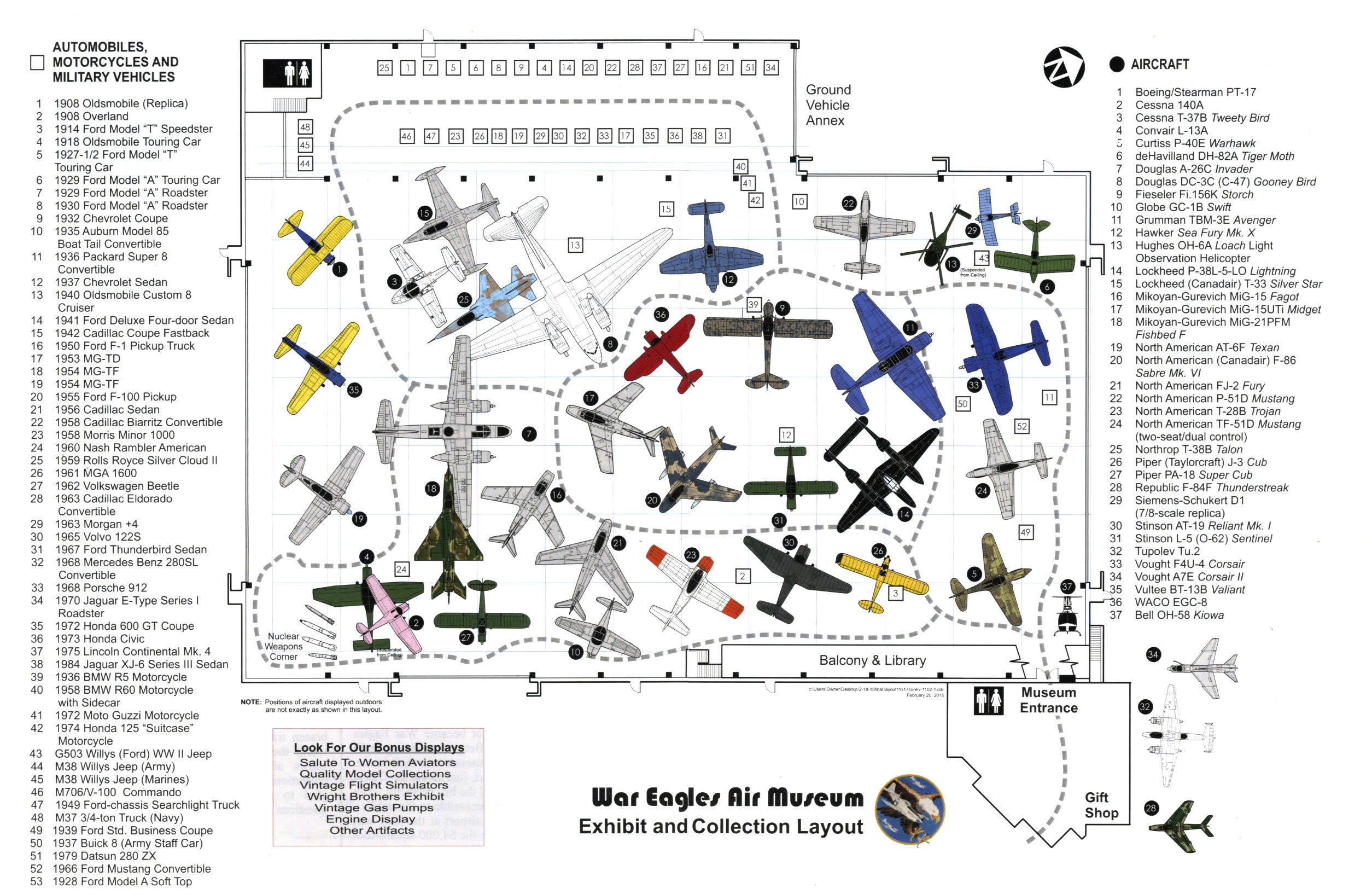 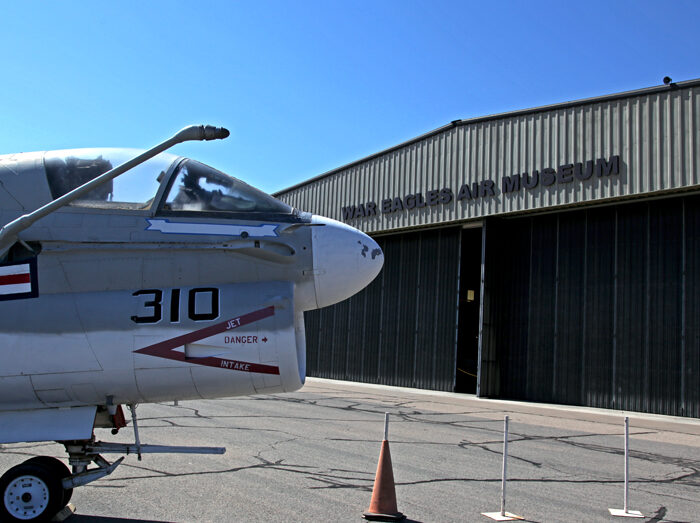 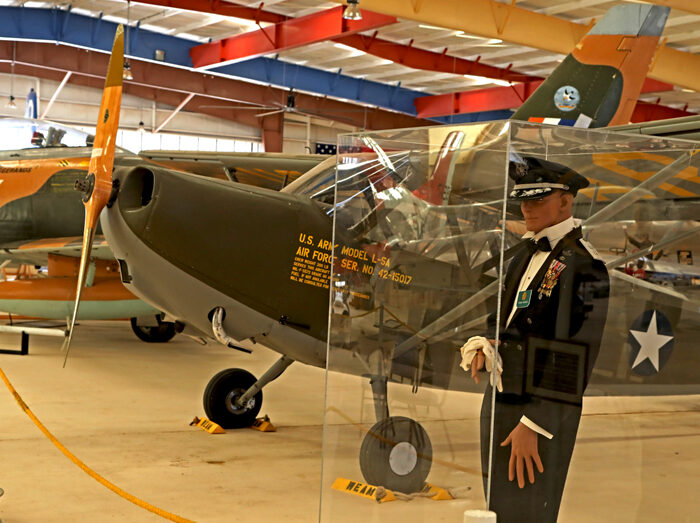 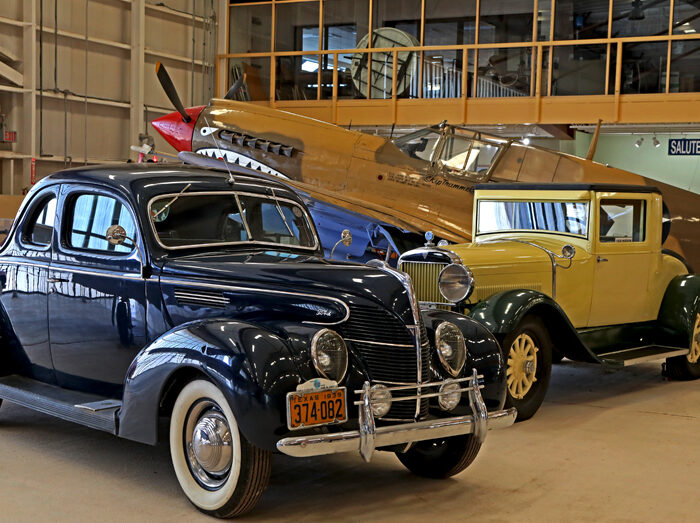 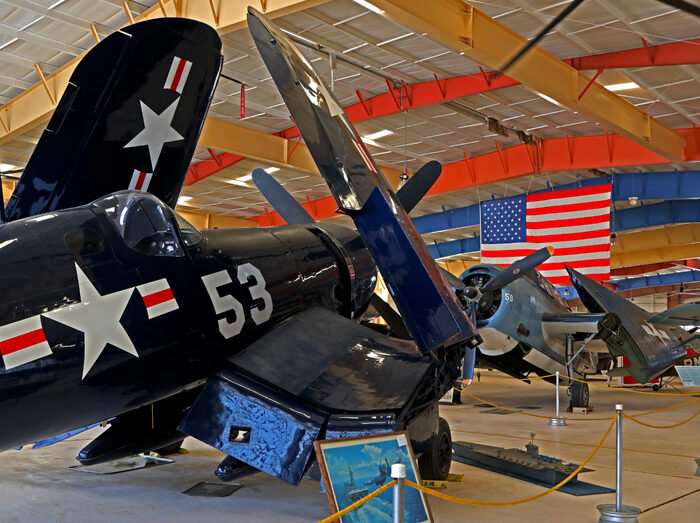 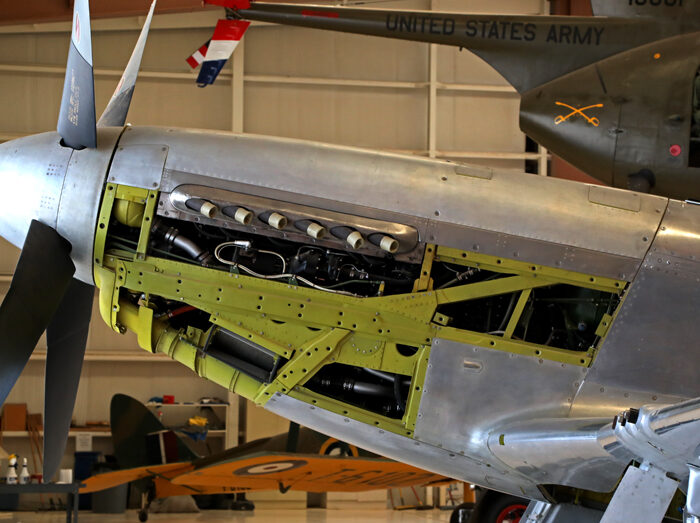 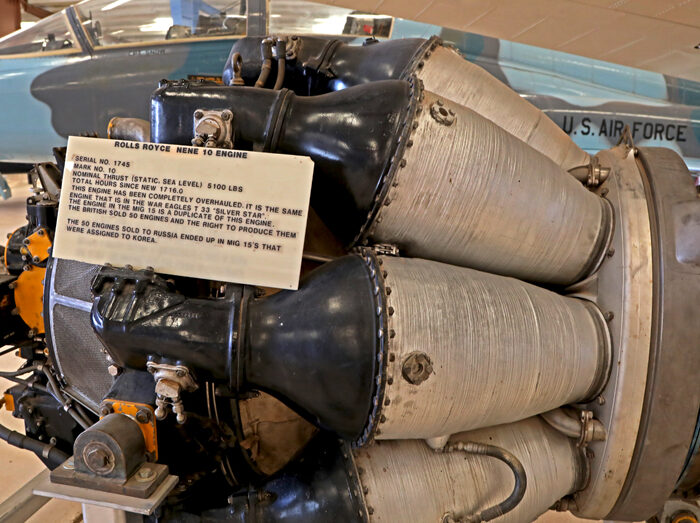 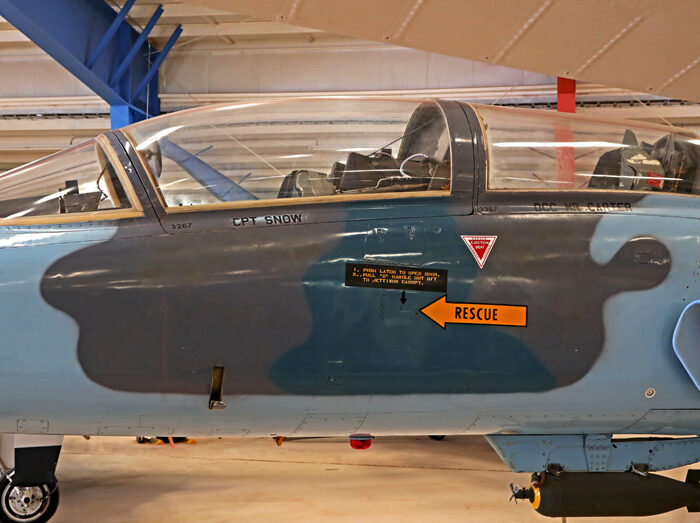 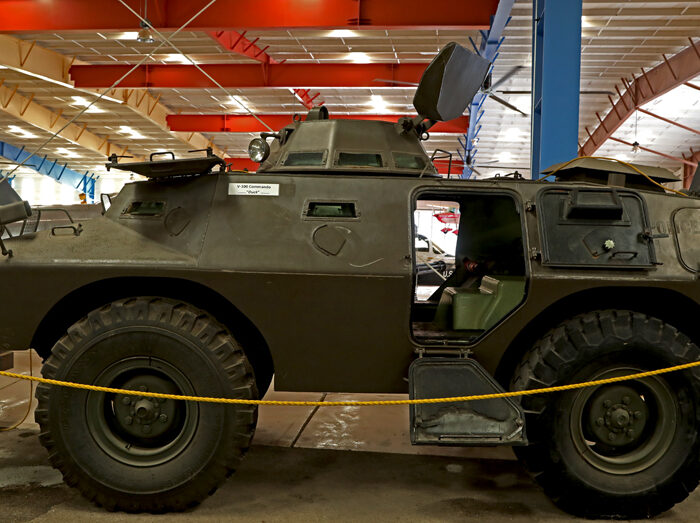 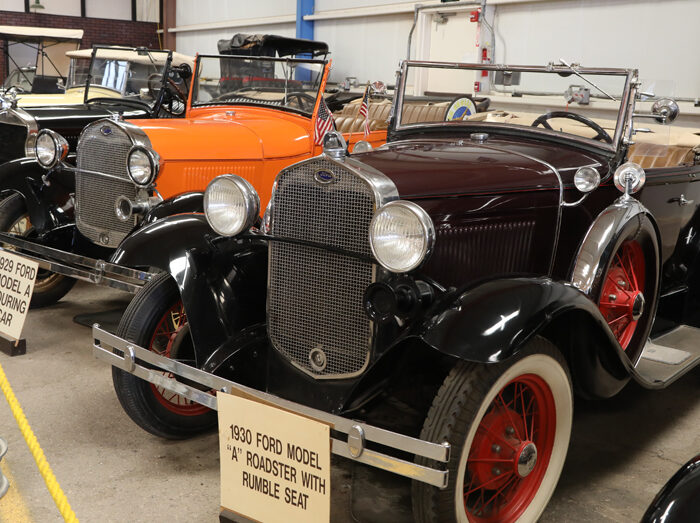 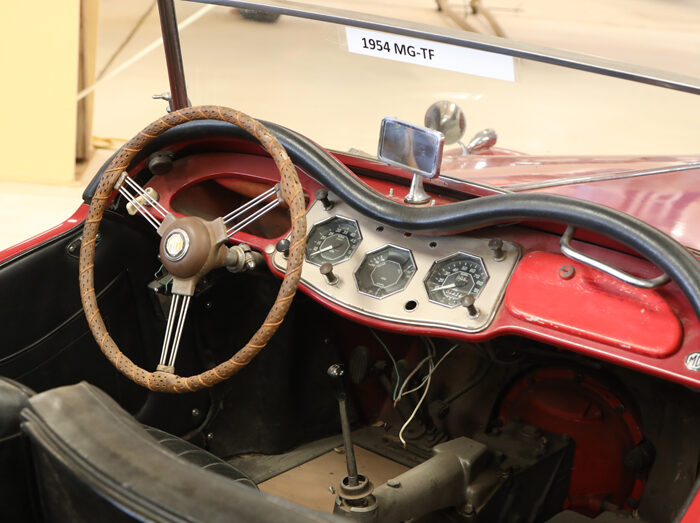 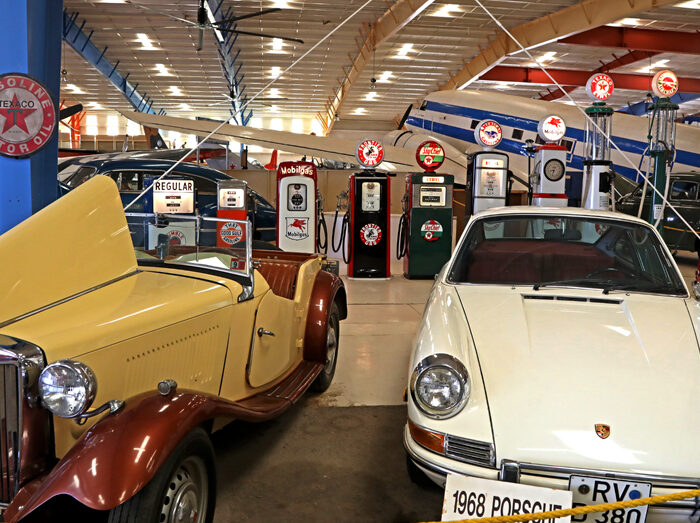 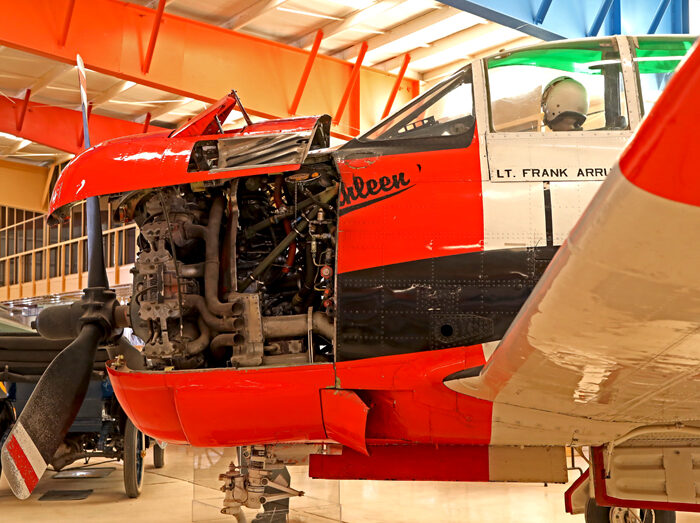 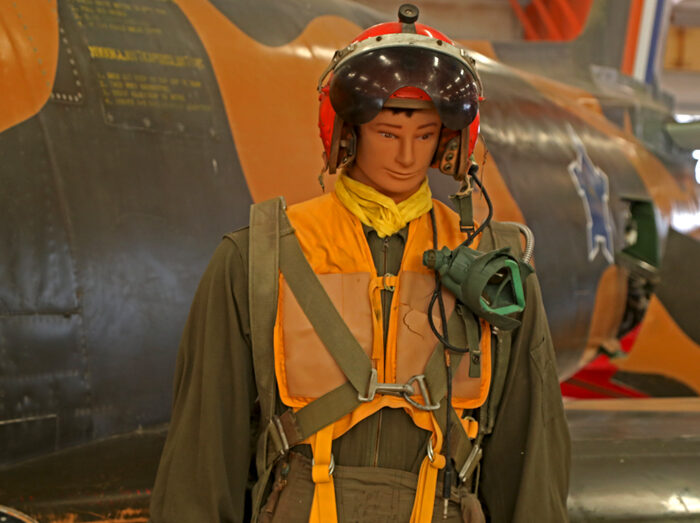 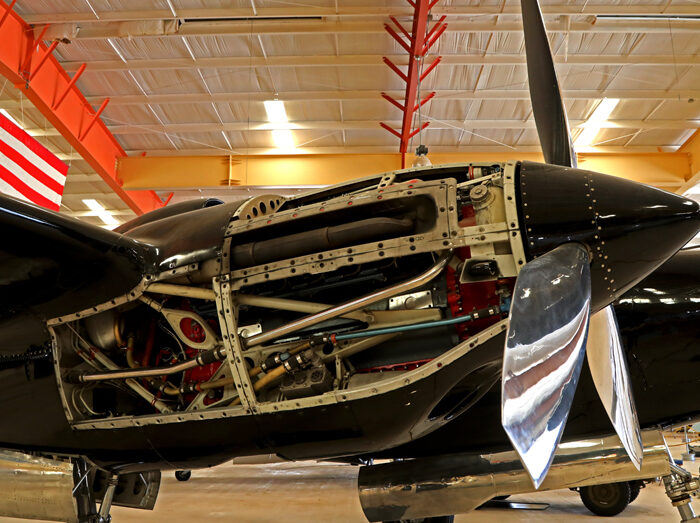 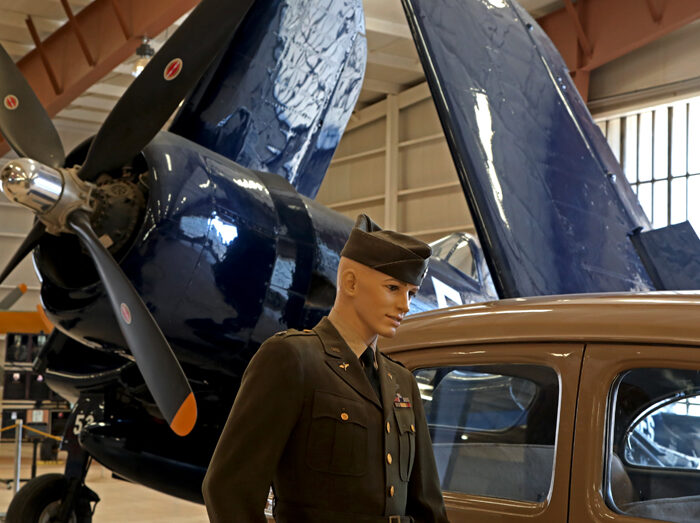 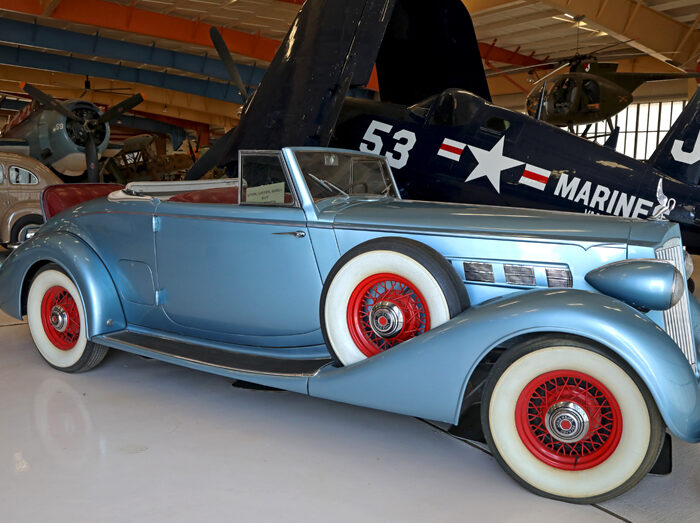 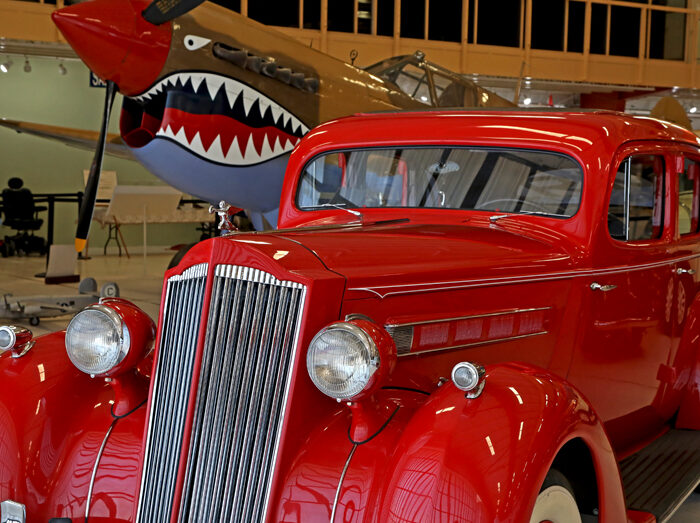 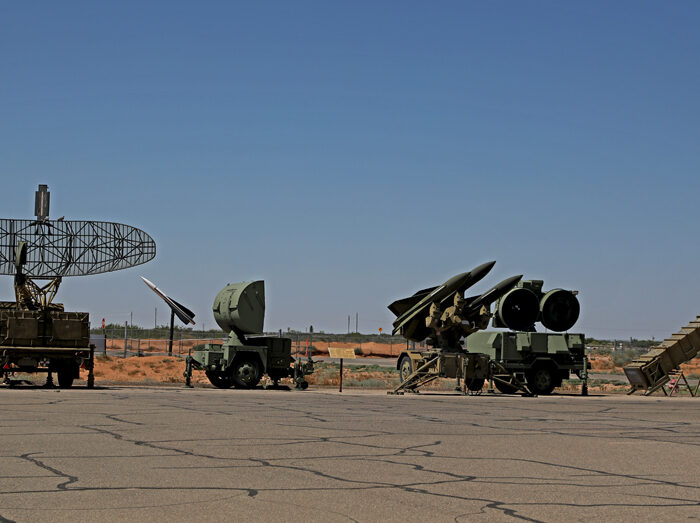 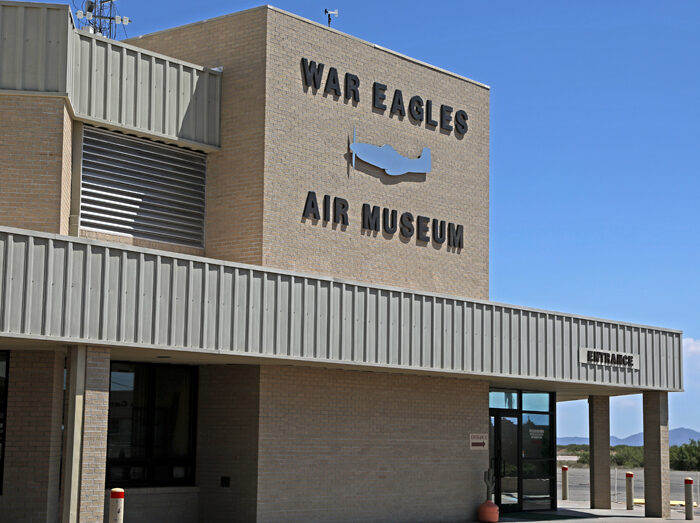 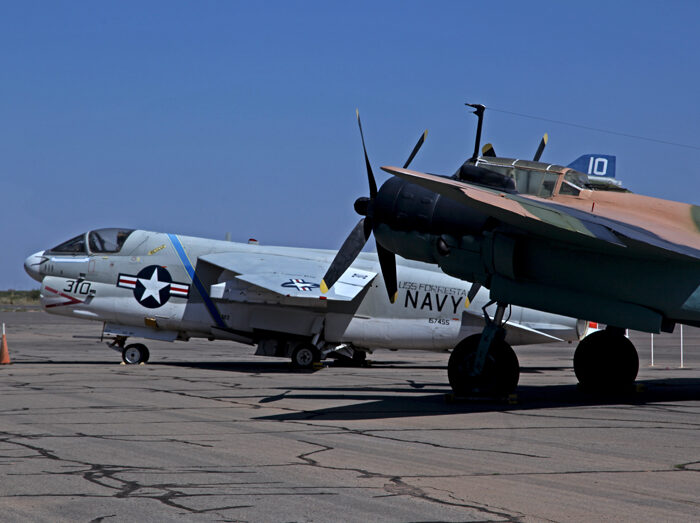