One of the most successful ships in US History is now a national historic landmark, and one of the most unique attractions in New York City. In 1943, the USS Intrepid aircraft carrier was commissioned for service in World War II and went on to serve as a primary recovery vessel for NASA and then in Vietnam. Today it is a museum that features a range of interactive exhibits and events.

Our exhibits include the Intrepid, the Growler, the Concorde and a large aircraft collection.

The hangar deck houses one of the legendary aircraft types which originally flew from the Intrepid during World War II – an original TBM Avenger torpedo bomber. First opened to the public at the Museum in 1989, the USS Growler, SSG 577 is the only intact strategic diesel powered submarine that fired nuclear missiles open to the public anywhere in the world. 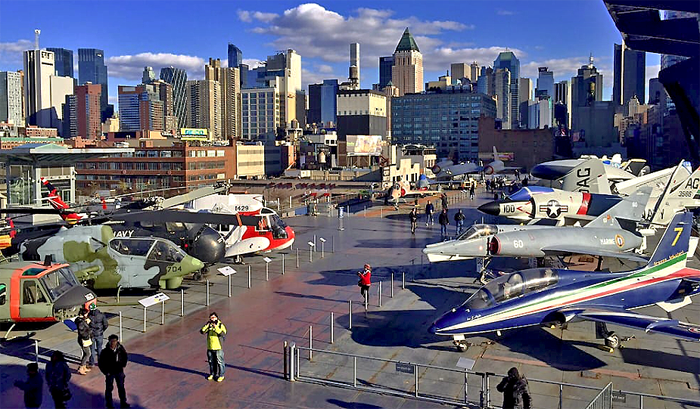 The fastest Atlantic crossing by any Concorde took only 2 hours, 52 minutes, and 59 seconds. This record-breaking plane, Concorde AD, is the very same one housed at the Intrepid Museum.

Below are just a few of the collection.