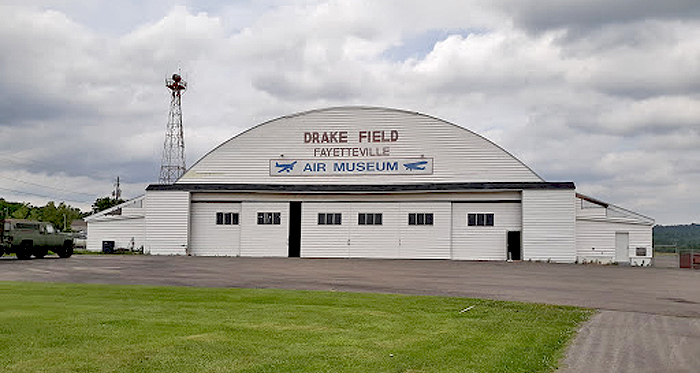 The Arkansas Air Museum is home to some of the nation’s only surviving varieties of aircraft and some world-famous replicas. While the signature pieces of the collection are from the Golden Age of Aviation, those halcyon years from 1928 to 1940, there’s something for everyone. From OX-5 piston engines to Apollo rockets; from First World War fighters to Vietnam veterans, every age of aviation is at the A.A.M.

The mentor of a generation of naval aviators

The Model 45 Mentor became the primary trainer for the U. S. Air Force in 1953 after winning an evaluation competition against prototypes from Fairchild and Temco in 1950. Designed to withstand 10 positive and 4.5 negative g, the T-34 is fully aerobatic, making it popular with military training programs and advanced private pilots seeking a rugged, reliable “hot ride.” The prototype flew Dec. 2, 1948, and after the YT-34 bested the Fairchild XT-31 and Temco YT-35, the first USAF contract was accepted by Beechcraft in 1953. Production of the T-34A reached 353, ending in October 1956.

From Yankee Station to the Blue Angels

Designed as the jet-age successor to the AD-1 Skyraider, the Douglas Aircraft engineers took a hard look at the growing cost and complexity of modern fighters. Charged to develop an “expendable” nuclear weapons delivery system, Douglas produced a nimble single-seater that made its reputation as the primary attack and ground support aircraft of the Vietnam Conflict for the U.S. Navy and Marine Corps. Some 30 USN and USMC squadrons were equipped with A-4 variants by 1968, with over 2,000 produced in five major versions. Design work took place from 1950 to 1952, with the first contract issued on June 21, 1952, for a prototype.

The Allison TF-41, also known as the Rolls Royce Spry, was used by several aircraft during the 1960s and 1970s. The turbofan engine produced 14,500 pounds of thrust. It was later developed on into a turboprop YT-56-A-3 that was originally designed for the Lockheed C-130.

The USAF version of the Vought A-7D Corsair II employed the Allison. The U.S. Navy’s A-7E used the TF-41-A2, and remains in service today.