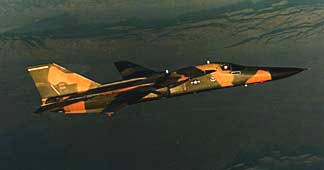 The F-111 is a multipurpose tactical fighter bomber capable of supersonic speeds. It can operate from tree-top level to altitudes above 60,000 feet

F-111 Aardvark is made by General Dynamics.

The F-111 is a multipurpose tactical fighter bomber capable of supersonic speeds. It can operate from tree-top level to altitudes above 60,000 feet (18,200 meters). 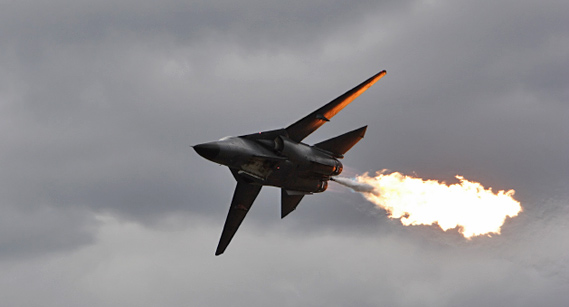 The F-111 has variable-sweep wings that allow the pilot to fly from slow approach speeds to supersonic velocity at sea level and more than twice the speed of sound at higher altitudes. Wings angle from 16 degrees (full forward) to 72.5 degrees (full aft). Full-forward wings give the most surface area and maximum lift for short takeoff and landing. The F-111 needs no drag chute or reserve thrust to slow down after landing.

The two crew members sit side-by-side in an air-conditioned, pressurized cockpit module that serves as an emergency escape vehicle and as a survival shelter on land or water. In emergencies, both crew members remain in the cockpit and an explosive cutting cord separates the cockpit module from the aircraft. The module descends by parachute. The ejected module includes a small portion of the wing fairing to stabilize it during aircraft separation. Airbags cushion impact and help keep the module afloat in water. The module can be released at any speed or altitude, even under water. For underwater escape, the airbags raise the module to the surface after it has been severed from the plane.

The aircraft’s wings and much of the fuselage behind the crew module contain fuel tanks. Using internal fuel only, the plane has a range of more than 2,500 nautical miles (4,000 kilometers). External fuel tanks can be carried on the pylons under the wings and jettisoned if necessary.

The F-111 can carry conventional as well as nuclear weapons. It can carry up to two bombs or additional fuel in the internal weapons bay. External ordnance includes combinations of bombs, missiles and fuel tanks. The loads nearest the fuselage on each side pivot as the wings sweep back, keeping ordnance parallel to the fuselage. Outer pylons do not move but can be jettisoned for high-speed flight.

The avionics systems include communications, navigation, terrain following, target acquisition and attack, and suppression of enemy air defense systems. A radar bombing system is used for precise delivery of weapons on targets during night or bad weather.

The F-111’s automatic terrain-following radar system flies the craft at a constant altitude following the Earth’s contours. It allows the aircraft to fly in valleys and over mountains, day or night, regardless of weather conditions. Should any of the system’s circuits fail, the aircraft automatically initiates a climb.

The F-111A first flew in December 1964. The first operational aircraft was delivered in October 1967 to Nellis Air Force Base, Nev. A models were used for tactical bombing in Southeast Asia.

Developed for the U.S. Navy, the F-111B was canceled before its production . F-111C’s are flown by the Royal Australian Air Force.The F-111D has improved avionics with better navigation, air-to-air weapon delivery systems, and newer turbofan engines. The F-111D’s are flown by the 27th Fighter Wing, Cannon Air Force Base, N.M.

The E model has modified air intakes to improve the engine’s performance at speeds above Mach 2.2. Most F-111Es serve with the 20th Fighter Wing, Royal Air Force Station Upper Heyford, England, to support NATO. F-111E’s were deployed to Incirlik Air Base, Turkey, and were used in Operation Desert Storm.

The F-111F has Improved turbofan engines give F-111F models 35 percent more thrust than previous F-111A and E engines. The avionics systems of the F model combine features of the F-111D and E. The last F model was delivered to the Air Force in November 1976. The F models have been modified to carry the Pave Tack system in their weapons bays. This system provides an improved capability to acquire, track and designate ground targets at night for delivery of laser, infrared and electro-optically guided weapons.

The F-111F was proven in combat over Libya in 1986 and again over Iraq in 1991. Although F-111F’s flew primarily at night during Operation Desert Storm, aircrews flew a particularly notable daytime mission using the Guided Bomb Unit (GBU-15) to seal the oil pipeline manifold sabotaged by Iraq, allowing the oil to flow into the Persian Gulf.

The F-111G is assigned to the 27th Fighter Wing at Cannon Air Force Base and is used in a training role only. The G model is a converted FB-111A. The conversion made minor avionics updates and strengthened the aircraft to allow its use in a more dynamic role as a fighter aircraft. 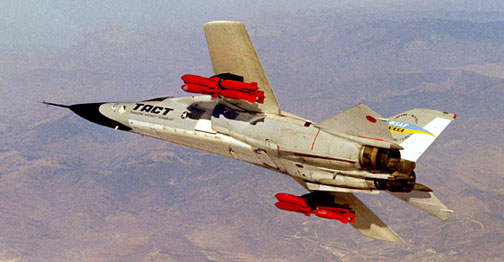 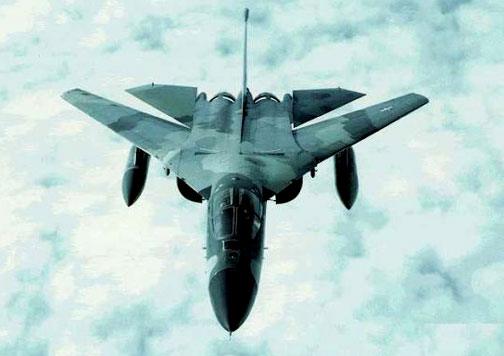 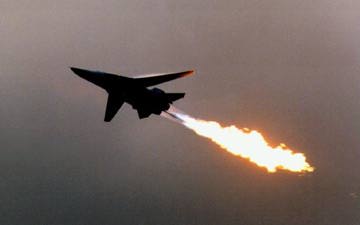 SUBMISSIONS WELCOMED
USAF.com welcomes written submissions and photographs about
the Air Force, planes, and current events. Send us a photo of your favorite plane!